WHAT WAS THE PURPOSE OF THIS PROJECT AND HOW WAS IT CONDUCTED?

We looked at how a vehicle’s vertical movement during a front-end crash might affect rear row restraint performance. Sled tests of CRS typically simulate planar crashes, meaning all four of the vehicle’s wheels remain on the ground. But, in full vehicle crash tests, the vehicle often moves vertically as well, pitching forward in a frontal crash. There is evidence that this vertical movement may alter how restraints interact with the body. We wanted to quantify how vehicles actually move in front-end crashes and use that information to design more effective restraints, particularly on the rear row. 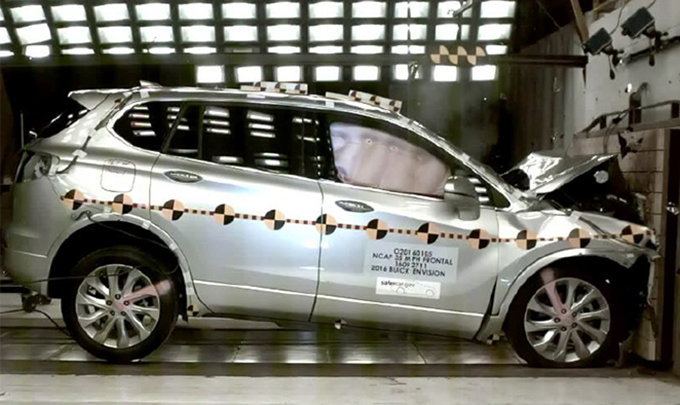 There were several surprises. First, not all vehicles moved the way we thought they would. It has been generally believed that when a vehicle strikes a barrier head on, the back of the vehicle moves upward in the air. But not all vehicles do that—some actually pivot down.

Third, it has been thought that the vehicle rotation occurs late in the crash; but, in about 30 percent of crashes, it actually occurs early in the event.

WHAT’S NEXT FOR THIS LINE OF RESEARCH?

Restraint systems, including CRS, are typically tested using a crash sled, where all four wheels of the vehicle remain on the ground during a crash. What we do not know is how the introduction of vertical motion will change test outcomes for rear-seated occupants. To see how much pitch matters, we would like to conduct tests using pitching sleds that incorporate some of a vehicle’s vertical motion.