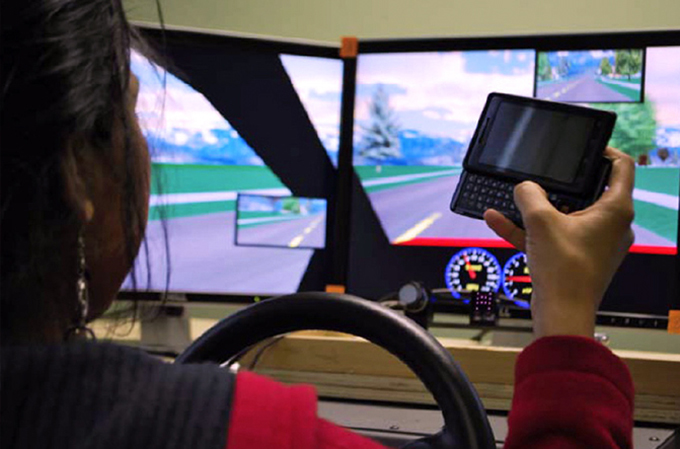 This important study funded by CChIPS and the University of Alabama Transportation Center provides critical information on the effects of central nervous system stimulant drugs on driving performance for teens with Attention Deficit Hyperactivity Disorder (ADHD). ADHD is a behavioral disorder in which an individual has a high level of activity and/or difficulty attending to tasks. Central nervous system stimulant medications are often prescribed to treat ADHD. These drugs have a calming effect and help improve concentration.

Researchers examined the driving behavior of teens with ADHD while taking these medications and without them in a virtual simulator while talking or texting on a cell phone. They explored whether the cognitive and behavioral deficits associated with ADHD impair driving performance in a way that resembles a distracted driver, as well as the role of stimulant medication in reducing risky driving for teens with ADHD.

Forty-three 16- to 19-year-olds were recruited in a case-control design. Their driving behavior was assessed in a virtual simulator across two sessions: unmedicated and medicated. Level of distraction was later assessed, using no distractions first, then engaging them in a naturalistic cell phone conversation, and finally, in a naturalistic texting situation.

The researchers found that stimulant medications significantly impacted driving performance. When medicated, these teens were more effective and efficient drivers than when unmedicated. These findings are important to future intervention development for at-risk teen drivers, particularly those with ADHD, and also for clinicians and others serving the ADHD population to inform patients about medication management and driving.