Below is an executive summary of this line of research. Please note that each summary describes results and interpretation that may not be final. Final interpretation of results will be in the peer-reviewed literature. 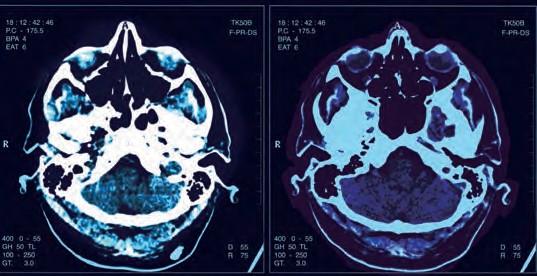 Head injuries are the leading cause of death and a frequent source of injury for pediatric patients, with falls and road traffic crashes the primary cause. These types of injuries account for over 500,000 emergency department (ED) visits annually, 95,000 hospital admissions and 7,000 deaths. However, since 75 percent of these injuries do not result in persistent loss of consciousness, some classify them as “mild” (mild traumatic brain injury, mTBI). By comparing injured children with mTBI with those who suffered fractures without mTBI, this study aimed to characterize important deficits that can be attributed to mTBI.

This project was based in an ED setting, and evaluated the frequency of neurocognitive deficits present in children evaluated and discharged from the ED with mTBI as compared with those with extremity fractures. The researchers also attempted to document the timing and extent of recovery from mTBI through follow-up neurocognitive testing in those patients with proven insufficiencies.

The study population included pediatric patients (ages 5 to 18 years) with mTBI (and by comparison, those with extremity fractures) who were treated and released from the ED. Researchers assessed patients utilizing a sequence of neurocognitive tests to identify deficits and, through follow-up testing, the extent of recovery. A computer-based software program designed, validated and extensively tested in athletes with concussion injuries called Immediate Post-concussion Assessment and Cognitive Testing (ImPACT©) was used as the assessment tool.

ImPACT identified significant differences between children with mTBI as compared to non-concussed children who sustained extremity fractures, pointing to a need for the prevention and treatment of mTBI. This study also helped demonstrate the potential utility of ImPACT as an ED assessment and triage tool.