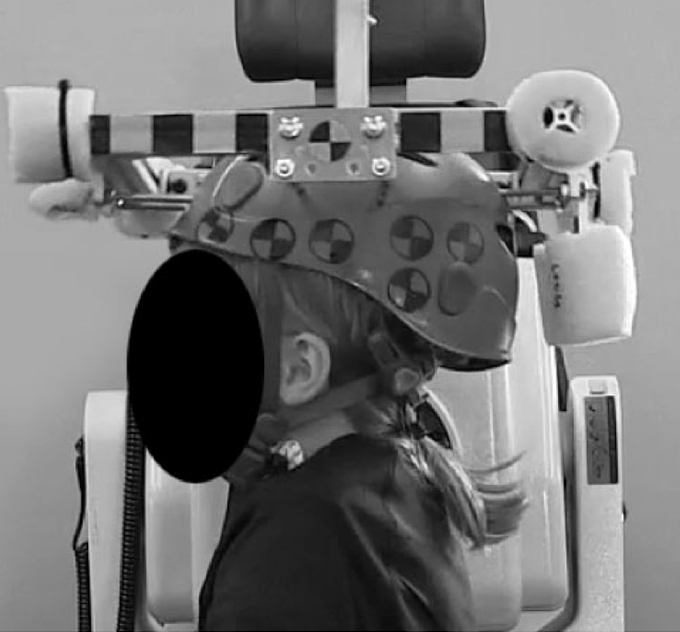 Human body models are often used in computer simulations when researching unique car crash scenarios or pedestrian crashes. Detailed data on neck range of motion, strength, and stiffness are extremely limited or do not exist at all for children, so this project aimed to gather those data to aid in improving the accuracy of pediatric human body models for computer simulations or dummy biofidelity assessments.

HOW WAS THE RESEARCH CONDUCTED?

We collected data from 25 male and female 5- to 7-year-old children to learn about range of motion, strength, and stiffness in their necks. Range of motion of the neck was measured using standard clinical techniques. Strength at discrete positions and stiffness over a continuous range of angles were measured using an isokinetic dynamometer fitted with a custom head fixture.

In the anterior-posterior direction, older children were stiffer in flexion compared to younger children. However, this same relationship was not observed in extension. When looking at overall motion, all children were significantly stiffer as they initially extended from a chin-to-chest position back to an upright position than in the latter portions of the motion. This was true for both the anterior-posterior and lateral directions of motion. Age differences in stiffness were not observed in the lateral direction for either left or right movements. Additionally, there were no differences in stiffness values between left and right movements.

WHAT ARE THE IMPLICATIONS FOR THESE FINDINGS?

Our results revealed it is important to consider initial position of the child during a simulation to correctly assign stiffness values to any model. Overall, children were less stiff when starting from a neutral position, as would be expected in a vehicle. This difference in stiffness might result in added vulnerabilities in automobiles for this young population. Additionally, with these data, we are creating a pediatric neck stiffness corridor that can be used to assess the current 6-year-old ATD neck response.